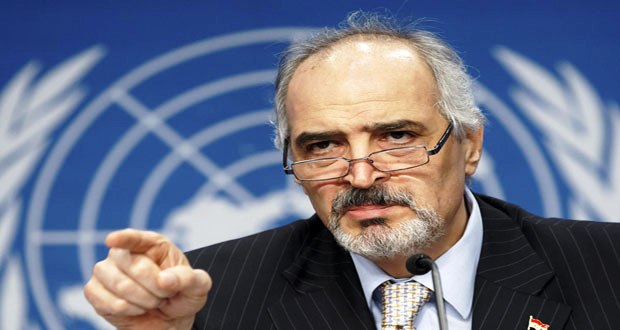 Syria’s Permanent Representative to the United Nations Dr. Bashar al-Jaafari said that three years into the terrorist aggression against Syria, all countries have come to realize the dangers of the proliferation of the terror threat in the world.

Al-Jaafari, who was speaking in an address at the United Nations, said politicized and unfair decisions against the Syrian government have multiplied the suffering of the Syrian people which, he said, have sent a reassuring message to terrorists that “they are off limit and can go ahead with their crimes.”

He added that those decisions have harmed the international efforts exerted to reach a human rights’ council that deals with all violations around the world without discriminations.

Al-Jaafari went on to say that the UN Security Council resolutions have obstructed all cooperation and openness initiatives manifested by Syria lately with the international commissions, hindering the possibility of putting an end to the…