As the US begins token airstrikes on both sides of the Syrian-Iraqi border, the fighting capacity of the “Islamic State” or “ISIS,” has seen no visible setbacks. This is because ISIS is in fact the very proxy mercenaries intentionally created to fight the West’s proxy war against Iran and its arc of influence stretching from neighboring Iraq, through Syria, and into Lebanon.

As early as 2007 – a full 4 years before the 2011 “Arab Spring” would begin – Pulitzer Prize-winning journalist Seymour Hersh in his New Yorker article titled, “”The Redirection: Is the Administration’s new policy benefiting our enemies in the war on terrorism?” would warn specifically (emphasis added): 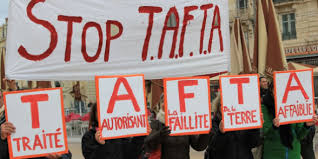